Convex hull is the smallest envelope that contains the points set. It is used to construct the grain in grain-based model. There are several methods to generate the convex hull data, but it may need some efforts if you want to put it into ABAQUS model. Here, I post a simple method which is suitable for programming.

For example, in Mathematica, you can use following code to generate a 3D convex hull: 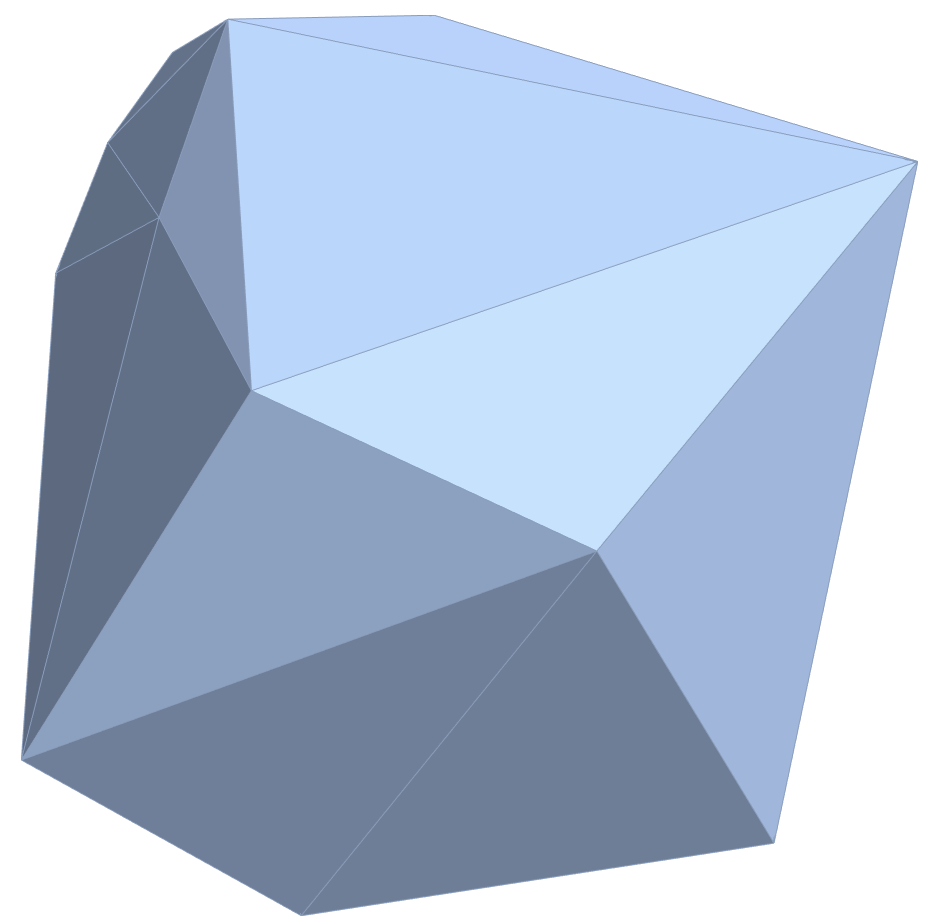 Then, you need do some extra work to get the detail of this convex hull.  To generate the convex hull in ABAQUS, you need to save the points, edges and faces information to file.

Unlike Ansys, it is hard to manipulate the points and lines in ABAQUS. Here is a simple method to generate a polyhedron in ABAQUS with GUI.

First, you need to create a part with reference point: 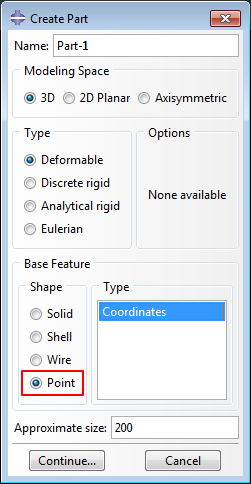 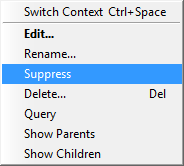 I just need a blank part, but you cannot create a part without setting geometry in it. Now,  let us create some Datum points in this blank part: 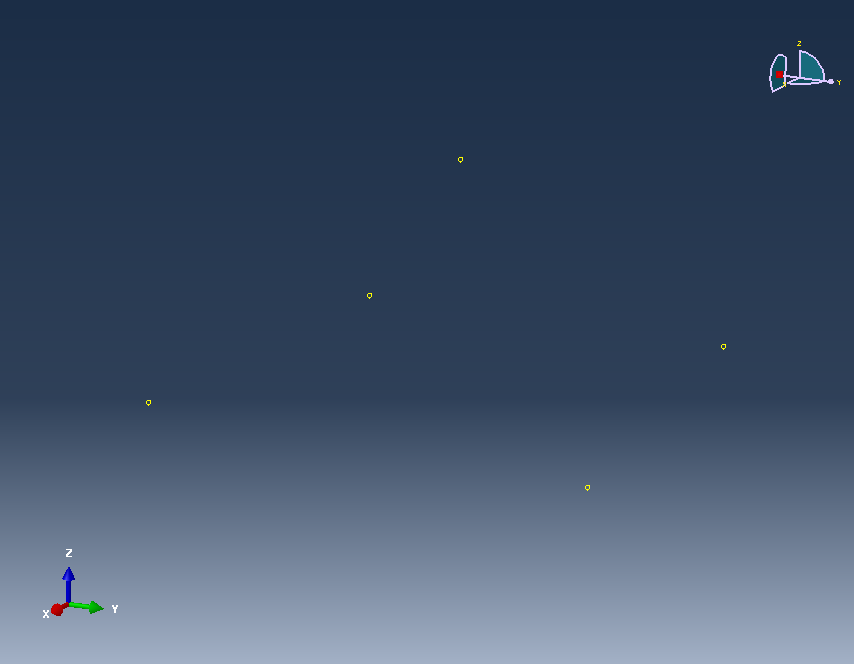 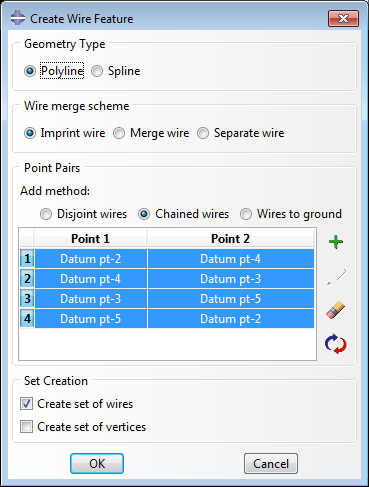 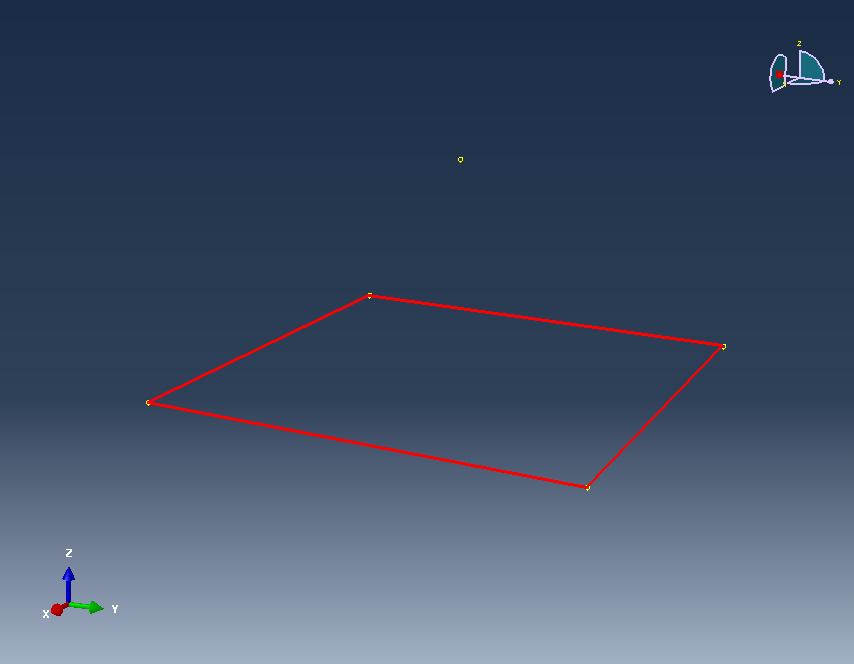 Click “OK” and repeat this process until build the frame model: 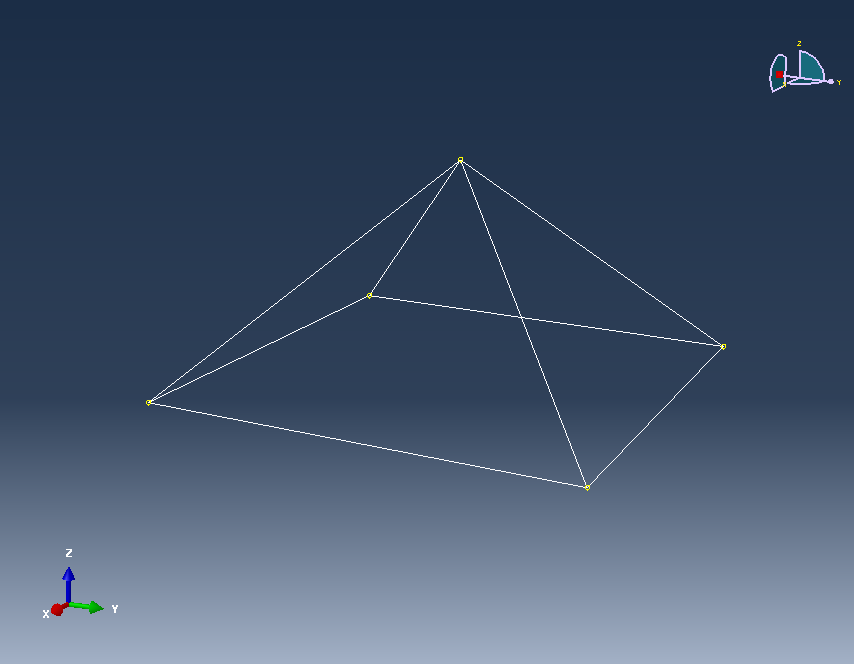 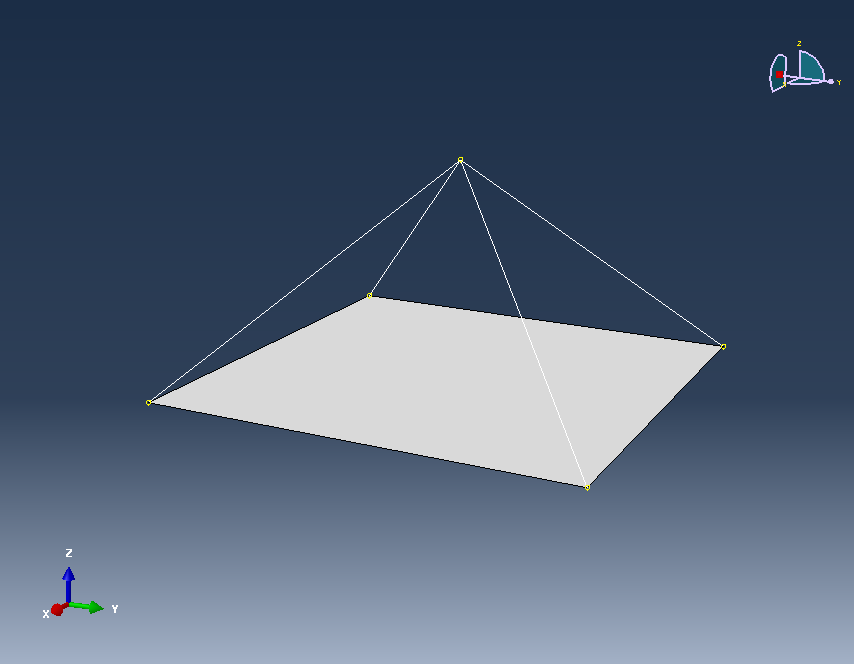 Repeat until generate all faces. Now, we should turn these faces into a solid model. Click Menu bar: Shape->Solid->From Shell. Select all faces and press “Done” to generate the solid model: 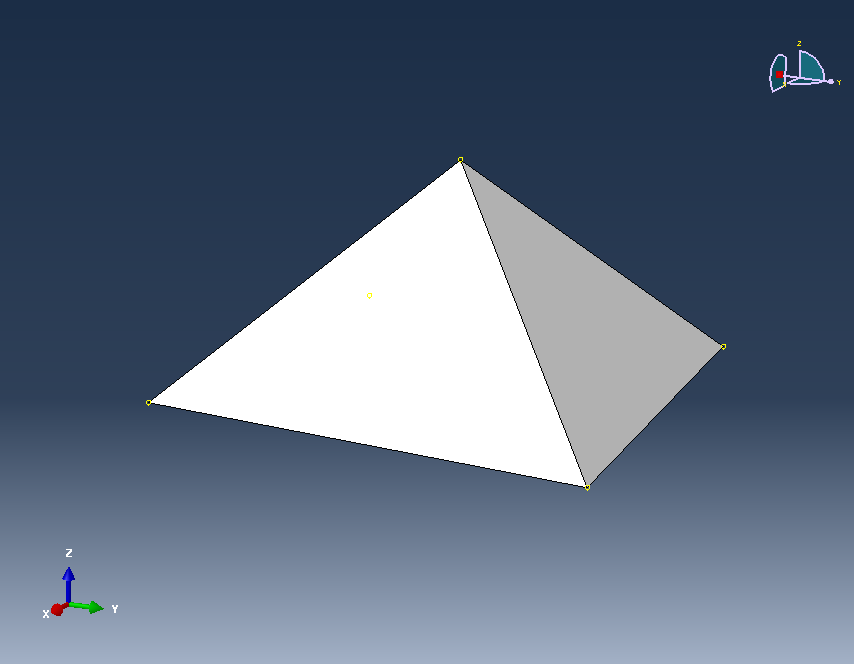 It’s done! In next section, I will use a real convex hull to generate this solid model with python script.

As we known, we can use python script to do everything in ABAQUS. But it is much difficult to generate this convex hull without some human recognition in model building process.

The example is a Gmsh model, you can download (BR75e6.geo) and open it with Gmsh: 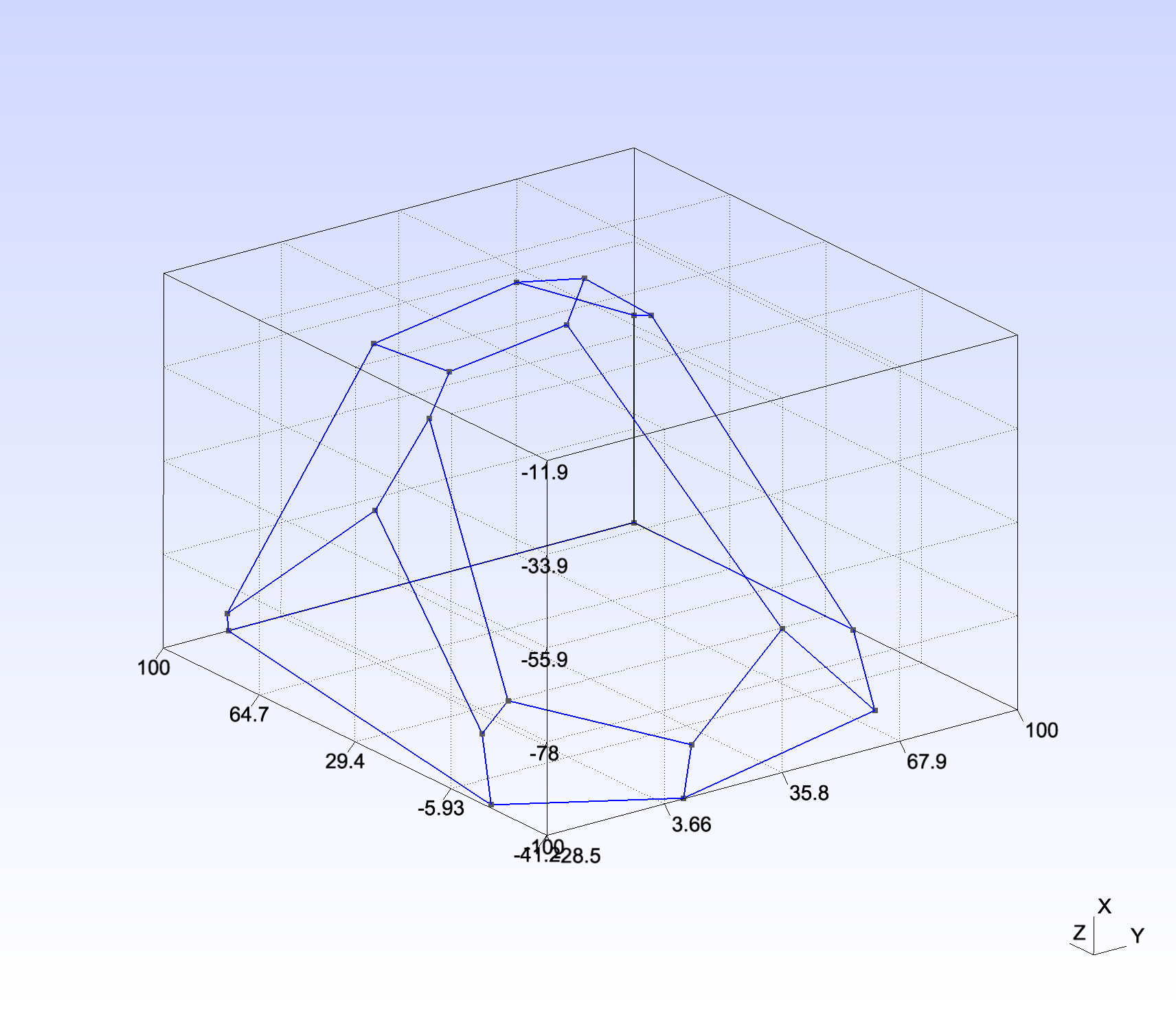 This model is generated by Voronoi algorithm, and formatted into a Gmat file. Before we start, you should note that ABAQUS will change the line featureName and index in entire process. Normally, we could get the Lineloop from convex hull data or Gmsh data. For example: 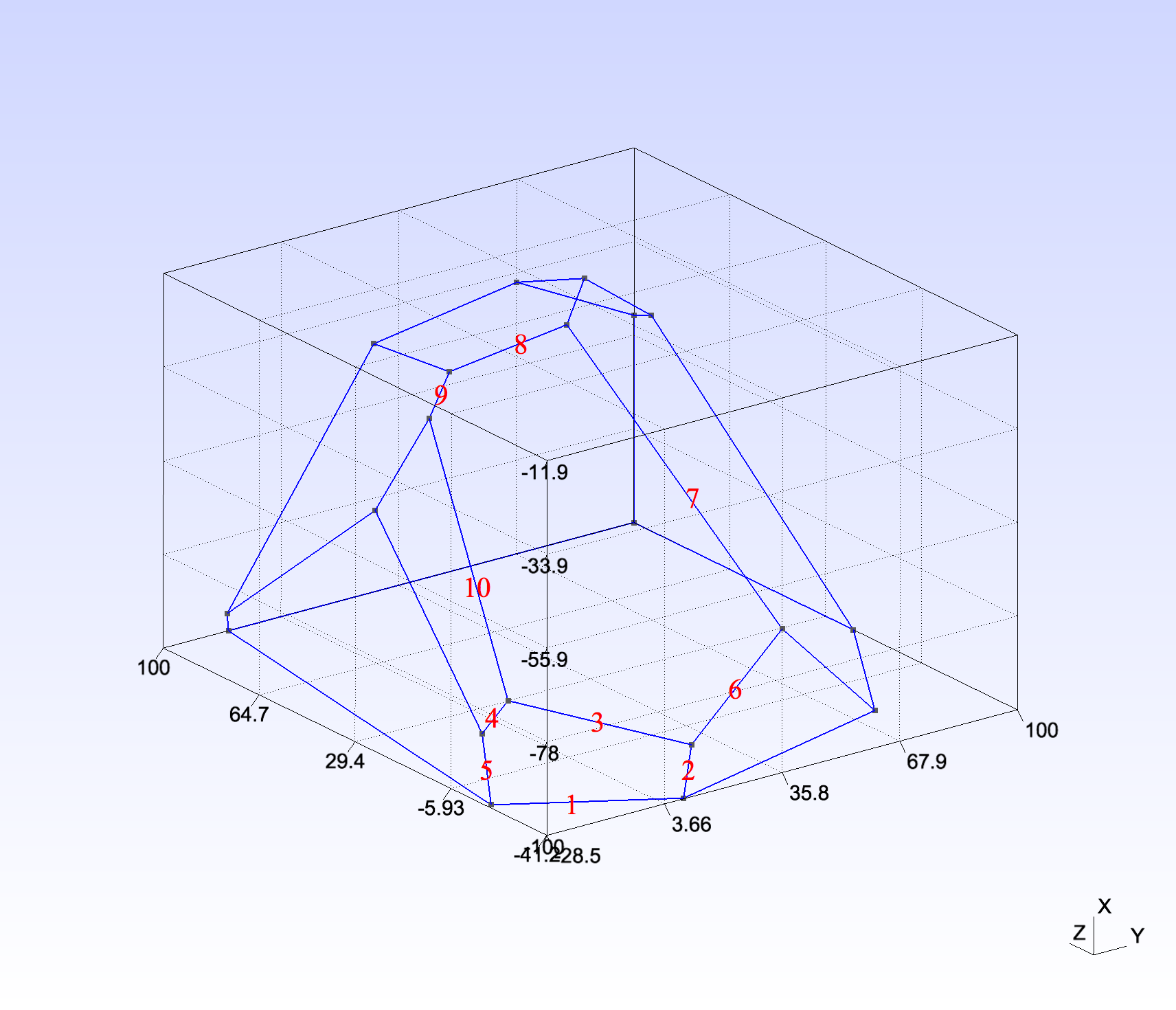 Now let us try to turn it into a python script. The following figure shows the basic idea: 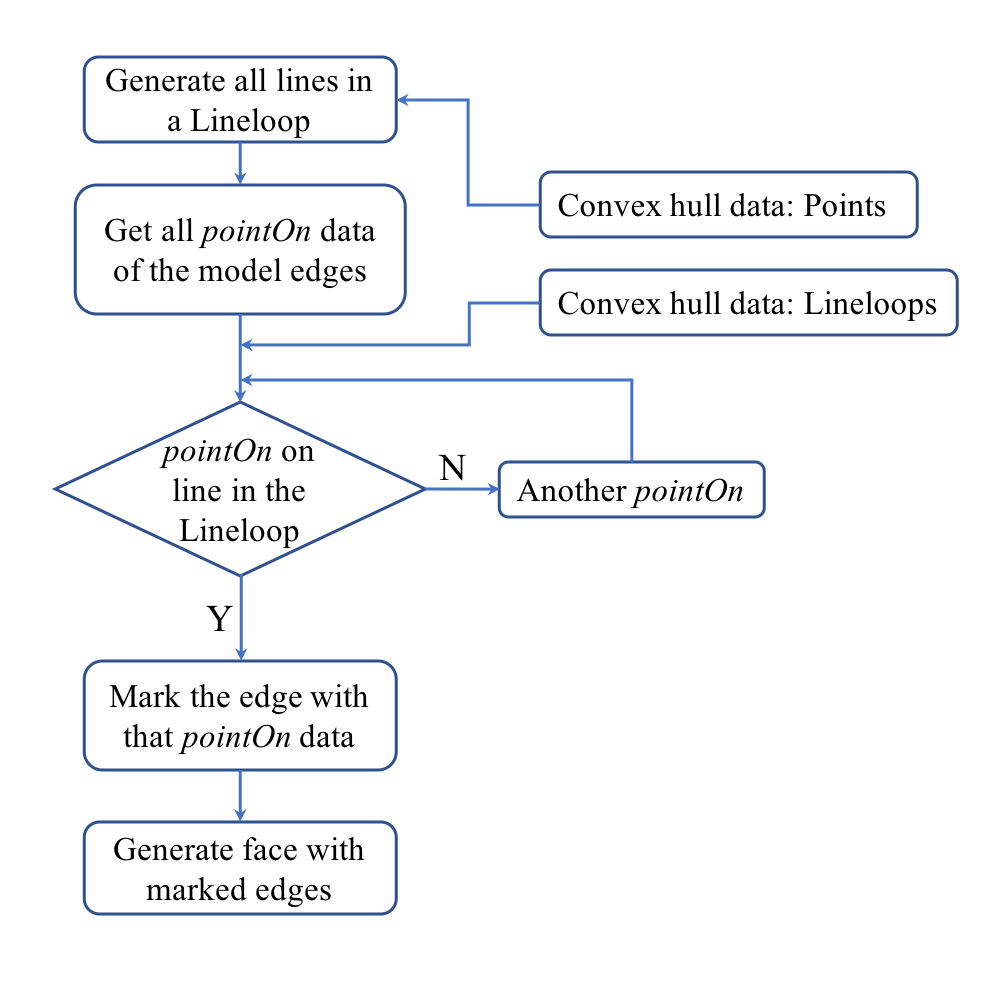 Here is the python script (RH74T3.py) to turn a convex hull into a solid model in ABAQUS. Note that this python script is generated by C++, but it provides a basic approach to generate the convex hull automatically. 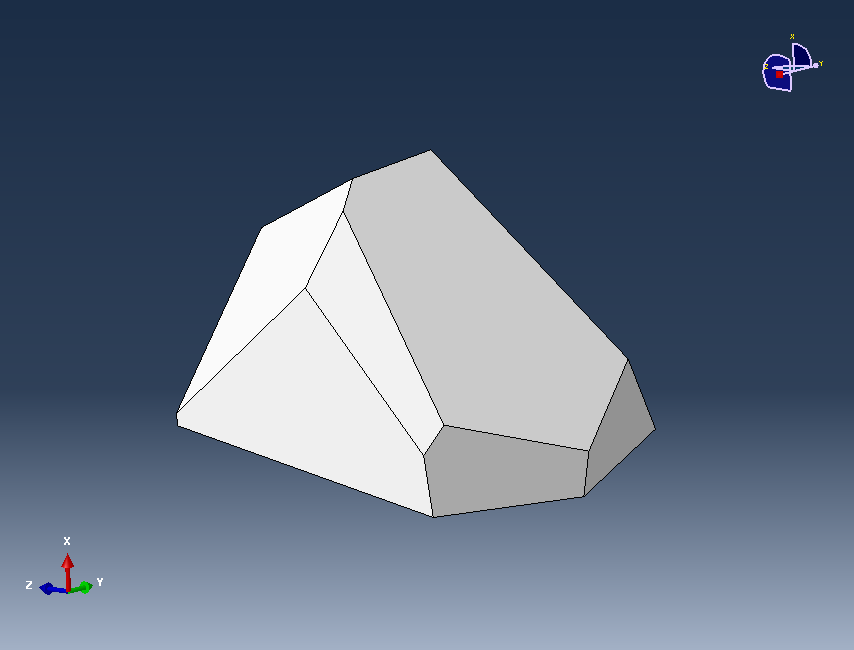 Gmsh could generate the ABAQUS inp file or step file if you have a geo file. But if you want to control the model precisely, such as grain-based model, you need this method to generate your own model.

2 Replies to “Add a 3D convex hull in ABAQUS”